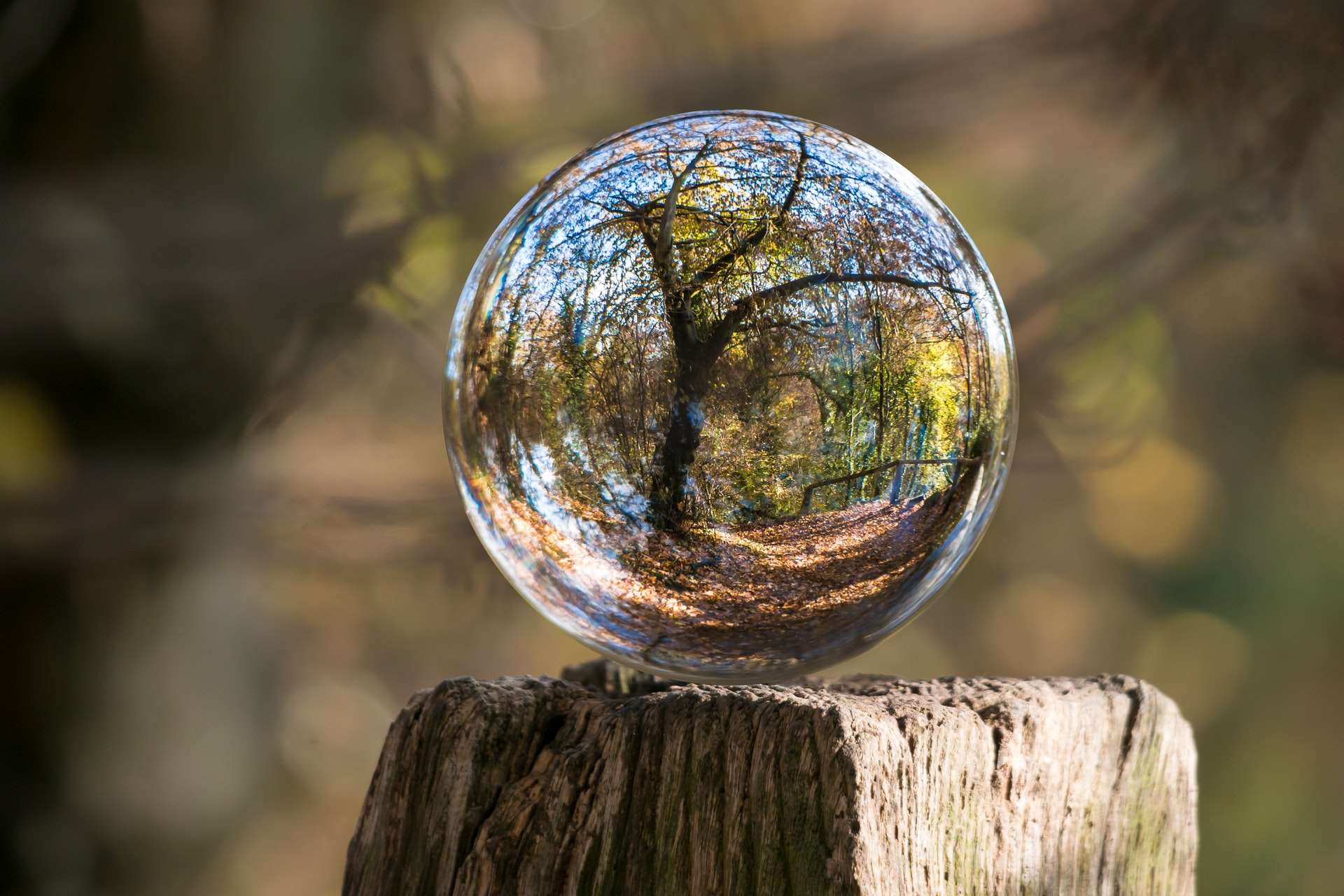 Why lab-grown diamonds are the sustainable, environmentally, and ethical diamond choice

What is the difference between lab-grown diamonds and natural diamonds?

First and foremost, let’s start with what’s not different between a lab-grown diamond and a mined diamond.

Lab-grown diamonds are real diamonds. They are chemically, physically, and optically the same as mined diamonds. And they are cut, polished, and graded with the exact same tools and processes as mined diamonds. Even professional gemologists are unable to distinguish between the two without highly sophisticated devices as those developed by the Gemological Institute of America (GIA).

The only difference between lab-grown and mined diamonds is their origin. Lab-grown diamonds are created in a laboratory that relies on the same process as Mother Earth. Using advanced technology, diamond laboratories can shorten production time dramatically. More importantly, the process eliminates the need for mining.

Grossly simplified, heat and immense pressure squeeze pure carbon atoms together to form a diamond. A newer method is more closely related to 3D printing in that carbon atoms are added around a seed diamond to build up the diamonds slowly. Both ways produce astonishing diamonds of just as high quality as any mined diamond.

Learn more about how lab-grown diamonds are created.

Natural mined diamonds are extracted from the earth, where they were created by the earth’s massive pressure and heat making their way up to the surface through volcanic activity through billions of years. They are then dug out from the depth of earth through mining, a process that involves high costs and often disastrous effects on the local communities and the planet.

Why mined diamonds are so bad

The unfortunate and harsh truth about mined diamonds is that the conditions under which diamonds are mined can be ruthless. The problems include punishing use of primitive methods, child labor, and gruesome violations of human and workers’ rights. Moreover, people living near mines are often forcibly relocated, upending their livelihoods, and mining has funded civil war and conflict. Mines have contaminated the soil and water supplies, disrupted ecosystems, wildlife, and left huge holes in the earth. Many of them are so gigantic they can be seen from space.

Mines have polluted waterways and soil with toxic chemicals, harming the health and livelihoods of whole communities.

The Kimberly Process Protocol, an incentive to create transparency in the diamond industry (and often used by the diamond mining industry as a cover story), notoriously has significant flaws. As long reported by media and researchers, it merely addresses the distribution of conflict diamonds. For instance, the Kimberly Proces Protocol ignores unfair labor exploration, the use of child labor, and other human rights abuses.

“So when, in 2008, the Zimbabwean army seized a major diamond deposit in eastern Zimbabwe and massacred more than 200 miners, it was not considered a breach of the Kimberley Process protocols. Thousands had been killed, raped, injured, and enslaved in Zimbabwe, and the Kimberley Process had no way to call those conflict diamonds because there were no rebels,” says Ian Smillie, a conflict diamond expert and one of the architects of the Kimberly Process, to TIME.

Contrary to popular belief, the mining industry often does not benefit the local community or workers. Instead, countries blessed with natural resources often end up worse off. This is referred to as the “resource curse”. Read more about that here in our article on why you should buy a lab-grown diamond.

The fact is that there is no way of tracking the entire supply chain of a mined diamond. The only way to know that a diamond is conflict-free is if it was created in a laboratory.

Why lab-grown diamonds are a sustainable, environmentally-responsible choice

The established diamond industry is a billion-dollar industry with powerful lobby groups. Throughout time, consumers have been led to believe that there is something romantic about “natural” diamonds dug up from the earth and that lab-created diamonds aren’t the real deal.

That couldn’t be further from the truth. Lab-grown diamonds are real diamonds and are entirely identical to mined diamonds. But in contrast to minded diamonds, lab-grown diamonds are guaranteed conflict-free, and you can be sure that there haven’t been any unethical work practices or harmful deforestation involved in the process.

But the hard truth is that years after the term blood diamond breached the public consciousness, there is almost no way to know for sure that you’re buying a diamond without blood on it.

In contrast, many lab-grown diamonds are created using renewable energy and are produced in zero-emission foundries, making them significantly more environmentally friendly than mined diamonds.

Best of all, due to the more efficient and cleaner process of creating diamonds in the laboratory, they are also cheaper to buy than mined diamonds.

Learn more about why you should choose a lab-grown diamond over a mined diamond.

The rising trend of lab-created diamonds

The mined-diamond industry is tainted by a dark and brutal past (and present). Concerns about the environment and mining industry working conditions have led to an increase in demand for alternatives to mined diamonds.

More consumers have become aware of lab-created diamonds and the benefits over their mined counterparts in recent years. Especially the millennials are keenly aware of their carbon footprint and the potential ethical implications of mined diamonds.

Actor and environmentalist, Leonardo Dicaprio, who starred in the movie “Blood Diamond,” which depicts the conflicts in war-torn mining industry regions of Africa, became so horrified that he has since invested in one of the largest diamond laboratories.

The movie itself raised awareness about so-called blood diamonds, and many consumers have discovered how lab-grown diamonds are a more ethical and environmentally responsible alternative.

Unsurprisingly, Hollywood A-list celebrities have embraced the ethical jewelry choice. Among many, the Duchess of Sussex, Lady Gaga, Rihanna, Penelope Cruz, Jeniffer Lopez, and Emma Watson have chosen to wear lab-created diamond jewelry on and off the red carpet.

The trend, and rising awareness, have led to more jewelry brands using lab-grown diamonds because they understand both the benefits and the consumer demand. For example, the world’s biggest jeweler, Pandora, announced in 2021 that they are shifting from mined diamonds to lab-created diamonds.

Even the world’s largest diamond producer, DeBeers, which once had a near-monopoly on global diamond production and long fought hard against lab-grown diamonds, finally jumped on the bandwagon and founded their own lab-grown jewelry brand Lightbox Jewelry (more on that later).

Pressure on the traditional mined diamonds

The brutal reality of the diamond business is that the mining process is damaging and that there is no way of knowing where your mined diamonds came from, under which grueling conditions, or which warlords prospered. Essentially, consumers can not be sure that their mined diamond comes free of human or workers’ rights abuses.

Instead, the diamond industry heavyweights spend billions on advertising. As lab-grown diamonds continue to disrupt the industry and diamonds’ affordability, they’ll continue to undermine (pun intended) diamonds that are not extracted from the earth.

They have even desperately lobbied for governments to enforce that lab-grown diamonds not be referred to as “diamonds” but have not been successful. That’s because lab-grown diamonds are diamonds, which The Federal Trade Commission (FTC) rightly ruled in 2018.

While the diamond industry of yesteryear desperately tries to convince us that mined diamonds are superior to lab-grown diamonds, they are also investing in lab-diamond production. To avoid inflating their existing brands (and thus their fat profits), they create separate lab-grown diamond brands that typically target a younger, less-affluent audience.

One example is the world’s largest diamond miner and retailer, DeBeers, that for long was a very outspoken critic of lab-grown diamonds – until they created their own lab-grown diamond brand Lightbox. Read our Lightbox Jewelry review.

Luckily, eco-conscious consumers and savvy millennials know better than trust marketers who want people to believe mined diamonds are superior to lab-grown diamonds. The growth in demand for lab-grown diamonds tells us that the future is lab-grown.

Where to buy ethical and environmentally sustainable diamonds

At Labgrowncarats.com, we help consumers find the perfect diamond and jewelry without compromising the earth and its people. Several diamond sellers and jewelers now offer climate-friendly and sustainable diamonds, either by offsetting the (lower) emissions from lab-created diamonds or by using renewable energy in the production process.

Vrai, which is owned by Diamond Foundry and produces its lab-grown diamonds, uses 100% renewable energy in its diamond production. Read more in our Vrai review.

With Clarity is our top-rated place to buy lab-grown diamond engagement rings. Read why in our With Clarity review.

Save on Lab-Grown Diamonds!

We may earn a small commission when you make a purchase through links on our site at no additional cost to you. We do not accept money for editorial reviews.

We use cookies to ensure that we give you the best experience on our website. If you continue to use this site we will assume that you are happy with it.Ok